Do you need to fight for the best interests of your child? You don't need to fight alone. Get the support and legal expertise of seasoned Livingston child custody attorneys at Ziegler, Resnick & Epstein. Our team has more than 100 years of experience combined and is more than ready to take on your case.

Contact Ziegler, Resnick & Epstein for a private consultation with a custody lawyer. You can also call (973) 878-4373.

About Child Custody in New Jersey 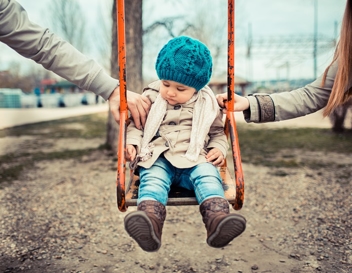 The guiding principle behind every child custody determination in New Jersey is the "best interest of the child." Same has been described as “an expression of the court’s special responsibility to safeguard the interests of a child at the center of a custody dispute”. Kinsella v. Kinsella, 150 N.J. 276, 317 (1997).

In fulfilling this “special responsibility," the courts are vested with broad discretion to “make such order as to the care, custody, education, and maintenance of the children... as the circumstances of the case shall render fit, reasonable and just." N.J.S.A. 2A:34-23. In exercising this discretion, the courts are mandated to consider a number of statutory factors as set forth in N.J.S.A 9:2-4.

If you are concerned about our child's best interests, our skilled Livingston child custody lawyers are ready to help you. Call (973) 878-4373 today.

Types of Custody in New Jersey

After considering these factors and placing its findings as to same on the record, the court may enter an order providing for a certain custody arrangement. The law now provides a gradient of different options for these arrangements and, in most cases, endeavors to give the child generous access to each parent.

After child custody has been determined and ordered by the court, circumstances can change in a way that affects one party's ability to comply. In these cases, the custody order may need to be modified or enforced by the court.

In some instances, where a child’s natural parents are determined to be grossly unfit to parent, the Court may award custody to a third party. See N.J.S.A. 9:2-9. However, “[w]hen a third party seeks custody as against a natural parent, the standard should be the termination standard of unfitness …the application of this standard is rooted in the presumption in favor of the natural parent’s superior right to custody.” Zack v. Fiebert, 235 N.J. Super. 424, 432 (App. Div. 1989).

With respect to parenting time (sometimes referred to as “visitation”), the goal of the Court is always to facilitate and encourage the child(ren)’s relationship with both parents. While it is accordingly extremely rare for a parent to be denied parenting time altogether, in some instances, a Court may direct for supervised parenting time where it finds same would be in the best interests of the child(ren). In some circumstances, grandparents, older siblings, stepparents and even third parties may be granted parenting time, though a much higher standard is applied.

What Makes a Parent Unfit in New Jersey?

If you have additional questions about what makes a parent unfit for custody, do not hesitate to contact our firm for help.

Can I refuse visitation from my ex-spouse?

Do grandparents have the right to custody or visitation?

What happens if we cannot agree on who gets custody?

If you cannot agree on a custody arrangement, then the case will be litigated in court and a judge will decide what is best for the child based on the evidence presented.

Is the mother favored when it comes to custody determinations?

According to the law in New Jersey, there should not be any favoritism between mother and father. However, New Jersey does recognize the “tender years doctrine”, which might give weight to the mother (when the parents are equally fit) if the child is in tender years.

Can I get child support payments if I have custody?

Safeguarding Your Role as a Parent in New Jersey

At Ziegler, Resnick & Epstein, our experienced team of Livingston child custody attorneys understand the nuances of child custody and parenting time and are prepared to advocate on our clients' behalf while remaining sensitive to their children's needs throughout the process.

Trust your child custody matters to an experienced Livingston lawyer to fight for your family. Contact us to request a case evaluation.