Vikki S. Ziegler, Esq. is a partner and co-founder of Ziegler, Resnick & Epstein. Throughout the course of her career, Ms. Ziegler has become one of New Jersey's most notable and accomplished legal professionals in the family and matrimonial law practice area.

While providing effective and unflagging advocacy for her clients, Ms. Ziegler is capable of litigating complex and high asset divorce matters inside the courtroom while still providing a personalized, compassionate approach to meeting her clients' goals. Combining her experience as a respected divorce attorney, mediator, and a child of divorce, she brings an informed, sensitive perspective toward addressing client concerns and empowering individuals and families during this critical time in their lives.

Ms. Ziegler has also offered countless clients and client couples vigilant and honest assessments of their pre-marital circumstances and helped them to avoid common complications that can contribute to a divorce. For those who cannot avoid the dissolution of their marriage, Ms. Ziegler offers her impact-management guide, providing clients with the tools they require to weather the emotional and financial hardships that come following a divorce.

For the past 20 years Ms. Ziegler has served as the Early Settlement Panels chair in Passaic, Morris, and Essex counties, assisting with recommendations for divorce settlement, and in 2010 was nominated and appointed by the Supreme Court of New Jersey to the District XI Ethics Committee for Passaic County, one term of which she served as chairperson.

A nationally sought-after and engaging public speaker, Ms. Ziegler has given lectures on an array of legal topics, including First Amendment rights, the role of the law clerk, litigation strategies, divorce finance, and many others. She also shares her considerable legal knowledge with the students of Fordham Law School as an adjunct professor—and with peers as a featured speaker at numerous Continuing Legal Education (CLE) events. 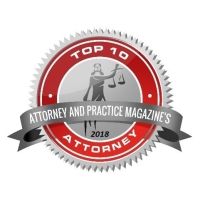 Ms. Ziegler has also been featured in Image Magazine as the “Local Spotlight” for her achievements in New Jersey, in the Star Ledger as an “Active Advocate” in June 2008, and in many other publications throughout the United States.

Ms. Ziegler is frequently called upon by television, radio, and print outlets for her expert advice and commentary on high-profile cases and has authored, co-authored, and been quoted in some of the country’s most prestigious publications. For more information about Ms. Ziegler’s writing credits and media presence, including her starring role on Bravo TV’s hit series, Untying the Knot, see below.

Ms. Ziegler has also built a reputation as a trusted legal resource for radio, television, and print outlets looking for incisive, reliable insight on high-profile cases. She has also written, co-written, and been quoted in some of the most prominent publications in the country. You can see a complete listing of all of Ms. Ziegler's credits—including her current starring role on Bravo TV's Untying the Knot—below.

Despite her rigorous schedule, Ms. Ziegler always makes time to give back. Ms. Ziegler has volunteered her time and offered her expertise as a moot court judge for Rutgers University Law School students. Her pro bono work with Partners for Women and Justice, an organization offering support to indigent and battered women, continually exceeds annual obligations, and her active involvement in notable women’s and children’s causes including Make a Wish Foundation, Toys for Tots, Catherine’s Closet, Chai Life Line, A Brand New Day, and various soup kitchens throughout New York City have made Ms. Ziegler a trusted name people can rely on in times of need.

Ms. Ziegler began her legal career immediately following law school serving as a clerk to the Honorable Michael K. Diamond, formerly the presiding judge in the Family Division of the Superior Court in Passaic County. While under Judge Diamond’s tutelage, Ms. Ziegler trained as a mediator in small claims and landlord-tenant matters through the court system. To date, Ms. Ziegler has successfully settled 99 percent of her cases.

While a law student, Ms. Ziegler served as judicial law clerk to the Honorable Jerome Hornblaas in the Criminal Part of the State Supreme Court of New York and, in Rhode Island, worked for the Office of the Public Defender in the Domestic Violence Unit, and volunteered at a local battered women’s shelter.

In 1999, Ms. Ziegler entered private practice, specializing in the areas of matrimonial and civil litigation before co-founding Ziegler, Resnick & Epstein in 2012.

Ms. Ziegler earned her Juris Doctor from Quinnipiac College School of Law. She also holds her Bachelor of Arts Degree in sociology, science, and Spanish from the University of Rhode Island.